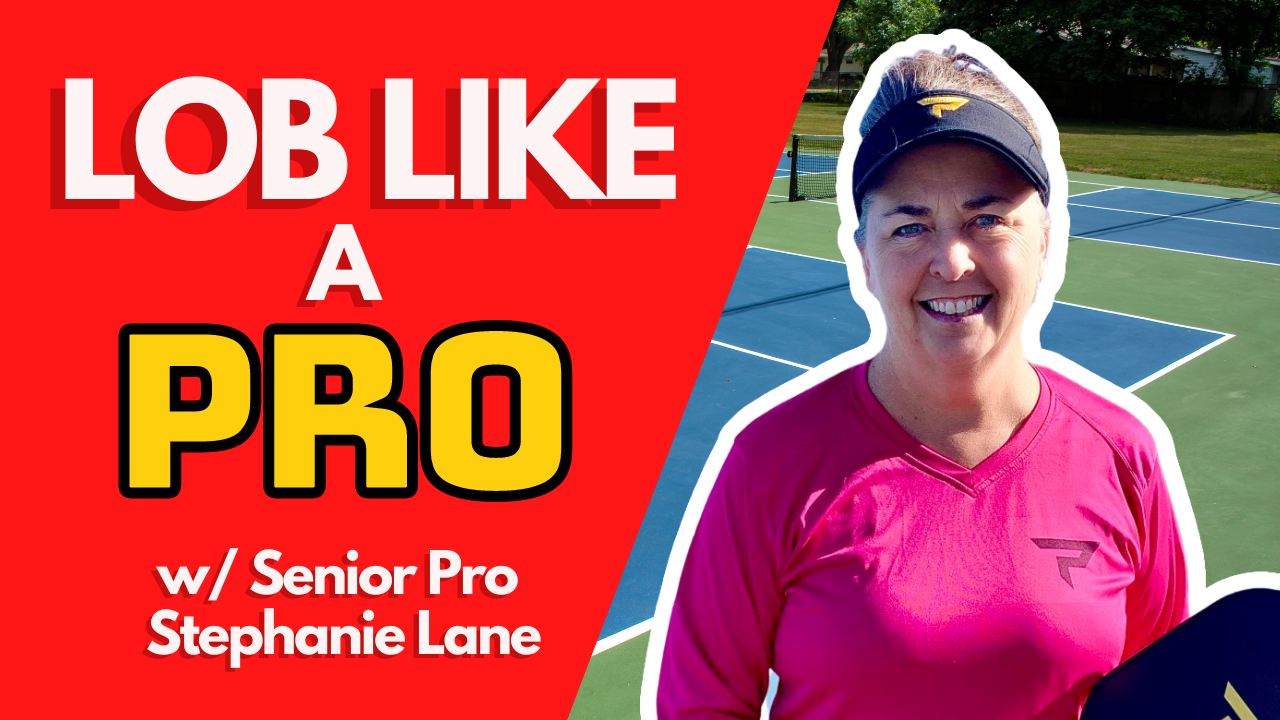 The lob in pickleball can be an incredibly effective shot for offense and defense. However, if you want to use it, you must consider 4 things in order for your shot to be successful.

Today I am joined by special guest, Stephanie Lane. Stephanie is a multi-time national champion, a certified master instructor with the IPTPA, and she has mastered the lob.

She will share 4 characteristics of the lob but also we’ll talk about how to defend it. It’s my hope that with this video you will add a new shot to your arsenal and hit lobs that win more points.

Watch the video to learn the 4 tips for the offensive lob in pickleball.

What is the lob in pickleball?

The lob in pickleball is a loft shot that is hit over your opponent’s head out of reach from their overhead swing. The lob is unique because when you’re at the non-volley zone, many times players are only expecting a dink or a speed up, but if you can catch them off guard with a successful lob, you can push them away from the net into bad court positioning and set yourself up for an offensive shot.

4 Pro Tips for the Offensive Lob in Pickleball

When you’re at the non-volley zone and you want to push your opponents away from the net, consider using a lob. Here are a few characteristics of a successful lob in pickleball.

Disguise your lob as a dink, but bend your knees and add more follow-through to loft the ball higher.

Your shot should be just out of reach of your opponents. Don’t be afraid to lift the ball and be mindful of your opponent’s height and reach. The ball should fly just above his or her reach with the paddle.

If you want to get the most out of your lob, you must time it correctly. Wait until your opponent is leaning into the kitchen or leaning away from the spot on the court where you want to lob to.

How to Defend the Lob in Pickleball

IMPORTANT: Do not backpedal. Players who backpedal risk tripping, falling, and a head injury or worse.

The goal of any lob return is to hit it out of the air. But what if you can’t do that?

When a lob has been hit over your head and you can’t take it out of the air, you’ll want to move in a sequence that gives you the best rate of success for returning the ball. Step 2: Locate the ball in the air and determine its trajectory. Step 3: Turn again pivoting your body again so that you can safely run to where the ball will drop. Don’t waste any steps. Step 4: Run slightly past the ball so that you can hit it successfully. Step 5: Return the lob with a shot that is UNATTACKABLE. You should return it in this order if possible: drop, drive, lob. Step 6: Get back to the non-volley zone. 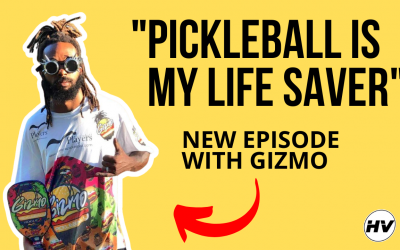 Pickleball saved his life. But what is it about our amazing sport that helps people? Join me and special guest Gizmo for a new episode of Pickleball Banter as we discuss pickleball and mental health. 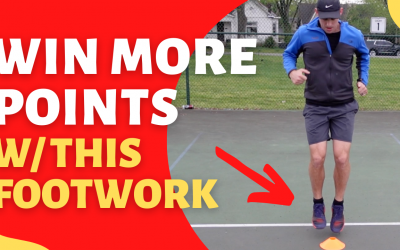 Your feet are incredibly important in pickleball but it’s a pickleball strategy that is often overlooked.

Your feet are the foundation of your game in many ways because before you swing, you first must establish your feet. If you neglect your footwork, your game could suffer, but if you use smart footwork, you have better balance, efficient movement, and a lower risk of injuries.

Today we’re going to look at a few ways to improve your footwork, drills you can do at home to improve your speed, and I’ll share my secrets for keeping your feet pain free. 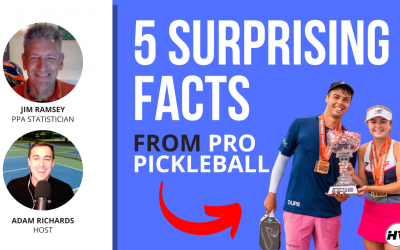 Have you watched a ppa pickleball match on the PPA tour in the last few months and heard the announcers discuss some stats from the game or display some stats? If so, there’s a good chance those stats were collected by a man named Jim Ramsey.

Jim is the first broadcast statistician for the PPA and he has spent the last 35 years in broadcast.